Systems software can be categorized under the following:

Operating system is the software that acts as an interface between user and computer hardware. A computer needs to communicate with both the hardware and software; to do this;
it utilizes the services of an Operating system. Examples of some popular operating system are Windows, Linux, Unix, MS-DOS, SOLARIS, MAC OS, Gary Arlen Kildall is known as the father of operating system.
It also acts like a government which lays down policies for efficient utilization of the resources and provides for effective coordination amongst the various components of a computer. Every computer system whether it is an independent system like a desktop or a cell phone must have an operating system for performing the core functionalities like accepting input from various input devices, directing the output to the display, managing the files and directories, communicating with hardware, and installing /uninstalling of peripheral devices. 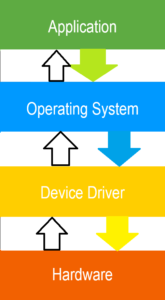 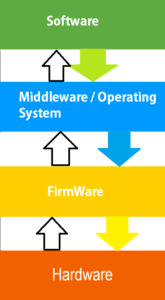 Firmware is a set of instructions programmed on a hardware device. It provides the necessary instructions for how the device communicates with the other computer hardware.